skip to main | skip to sidebar

UDC 1910 - Plan for proposed new room in Kirtley's Yard for Tom Pallister - was this the old Priory Hall, sometime a cinema, and later destroyed by fire?

Bramley's Yard - not thought to be officially used.

Adcock’s Yd – next to Black Swan. Also a candle factory.

4 in Bolton’s Yd (a Porteous residing there)

In Northgate. Quoit Club on this site now. The Old Theatre was in this area too.

Old Chapel Yard (now between No. and No. Westgate.

Scarth’s Yard (now upstaged to Greear Garth) between No. and No. Westgate, E of Wilson St.

Johnson’s Yard – slum property scheduled for demolition 1960 (1861 Census 8 houses also called Burrows Yd. There was a Burrows, joiner and wheelwright there in 1900) 1988 – a carpet warehouse. Johnson’s Yd an example of very bad or devious planning; should have been demolished, but allowed to be turned into lock-up garages and decay.

Kirtley’s Yard 1910 – Plan for a room there for Tom Pallister, a confectioner at No. Westgate. Was this the “Priory Hall”?

Hardy’s Yard – between Black Swan and No. Westgate leading to houses now demolished.

A Thrush was ‘Register’ 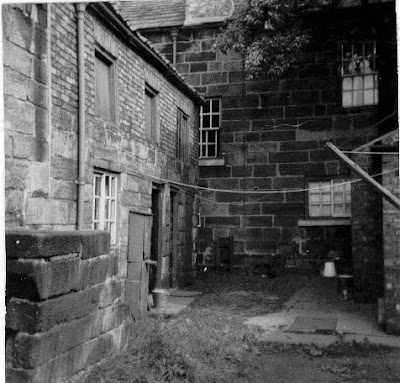 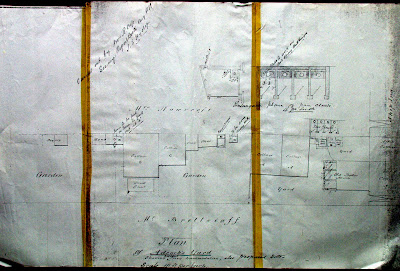 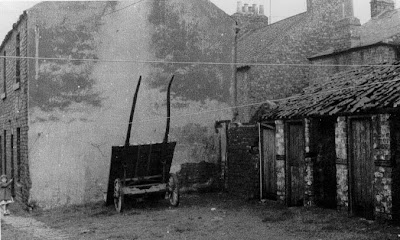 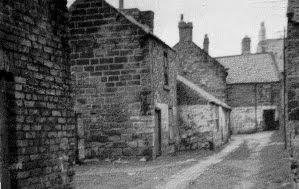 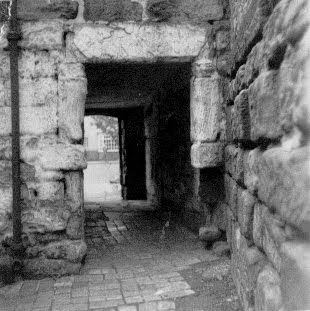 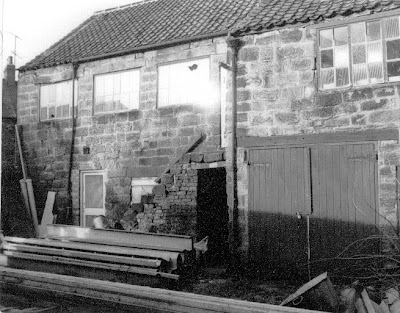 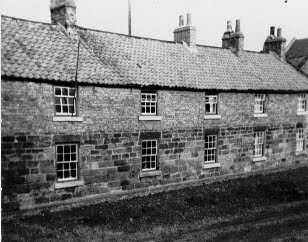 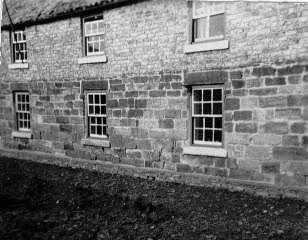 Pavement leading to S side of Westgate 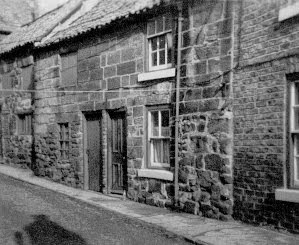 4 views of Johnson's Yard, N side of Westgate, bounded on the west by Registrar's Office and County Library. 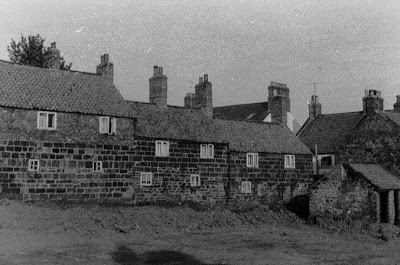 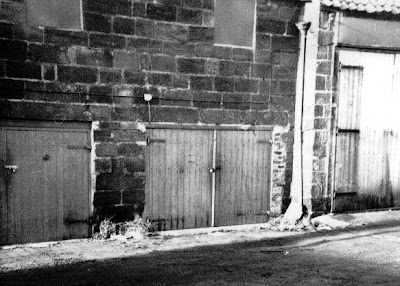 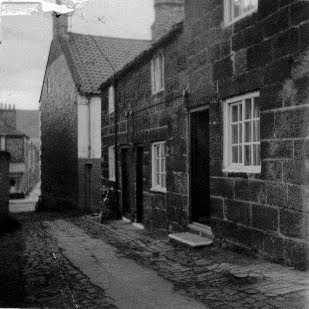 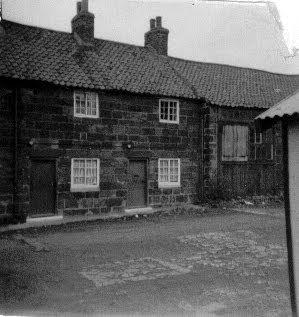 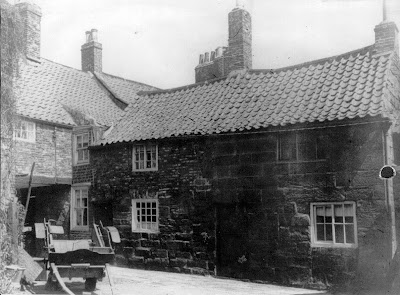 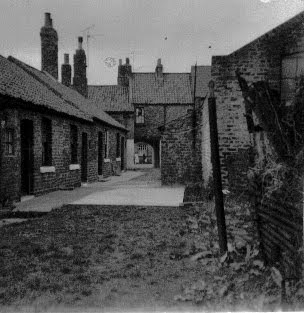 Wiley's Yard 1 (Nos 21 & 23 Westgate)
So called because the Wiley family lived there for many years. In the 1850s the family had a carrier's round, travelling twice each week to Whitby and Middlesbrough. Very handy premises for stabling, storage and carts of hay, but obviously unsuitable for human habitation in the 1950s. Miss Maggie Wiley was the last occupier, leaving in the late 1950s. As a young woman did her share of humping coal. Such yards were the products of 19th century tradesmen-developers who turned their yards into rentbooks. Wiley's Yard was one of the better ones - it did get some sun, and was not the work of a jerry-builder. Demolished, along with the Empire Cinema and Billiard Room at the rear of the Mechanics' Institute March 1976. 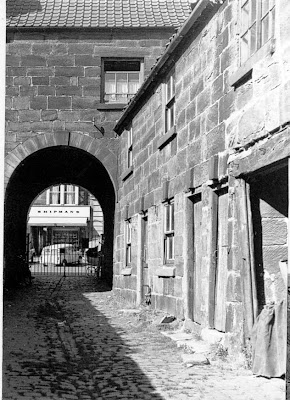 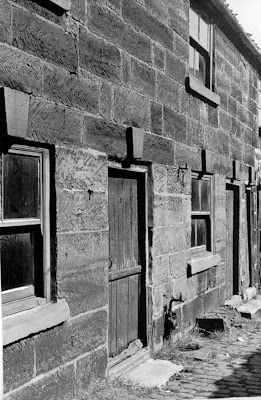 Wynn’s Yard (back of E side Redcar Rd, nr entrance to Pursglove College)

The Priory and the Privies, Photo: WD Brelstaff 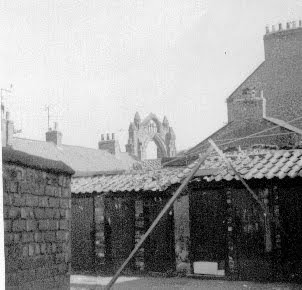 John Brelstaff
The posts in Guisborough History Notes draw on the unpublished research notes of my late father, Walter Dack Brelstaff,1903-2000. A biographical summary appears in the first post. For use of material herein, kindly acknowledge "Walter Brelstaff Archive". The content of Shakespeare's Places is transcribed from the typescript left by Patrick Thornhill. A short biographical note is planned as tailpiece to the work.